Home  > RESOURCES  > PCB Blog  >  What is the structure of multilayer PCB

What is the structure of multilayer PCB

Generally speaking, the multilayer PCB board is formed by laminating and pressing a core board and a prepreg. The core board is a hard, specific thickness, two-coated copper plate, which is the basic material for the printed board . The prepreg constitutes the so-called wetting layer, which plays a role of bonding the core board. Although it also has a certain initial thickness, its thickness will change during the pressing process. 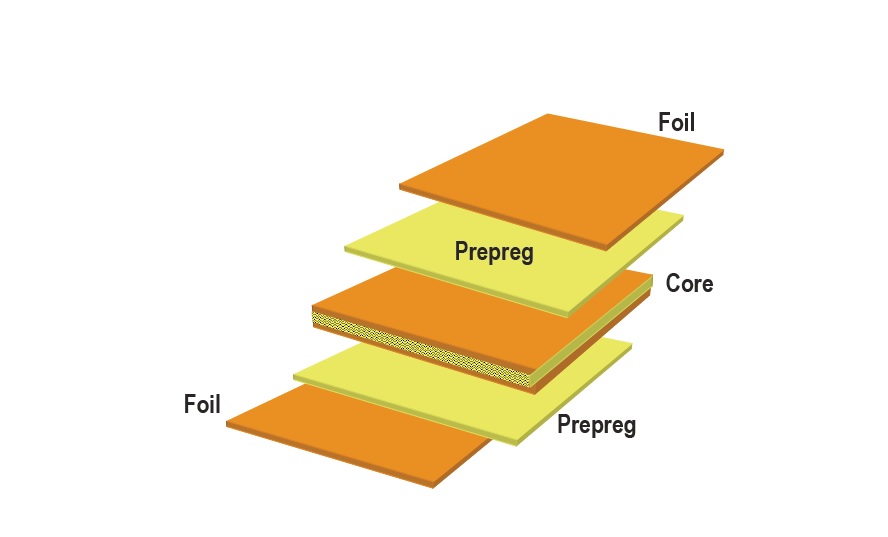 The outermost layer of the multilayer PCB board is the solder mask, which is what we often call "green oil". Of course, it can also be yellow or other colors. The thickness of the solder mask is generally not easy to determine accurately. The area without copper foil on the surface is slightly thicker than the area with copper foil, but because of the lack of copper foil thickness, the copper foil still appears more prominent. When we use You can feel it when you touch the surface of the printed board.

When making a printed board with a certain thickness, on the one hand, it is required to reasonably select the parameters of various materials; on the other hand, the final forming thickness of the prepreg will also be smaller than the initial thickness.