The difference in manufacturing FR4 PCB and Aluminum PCB

When drilling aluminum PCB substrates, you can choose two drilling methods. One is to drill with a CNC drilling machine, but it is particularly easy to burn the spindle. The advantage of drilling with the drilling machine is that the hole wall drilled is particularly smooth, without burrs, and the accuracy is high. The second type can be drilled with a gong machine, but it is easy to have burrs, and the precision is not so high, it is easy to drill, so the cost of the aluminum substrate is higher than that of the FR4 PCB. 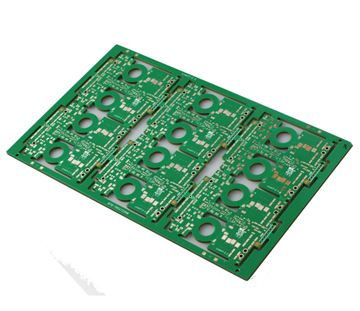 In addition, the single-sided aluminum substrate is no different from the FR4 single sided PCB.

The double-sided aluminum PCB substrate needs to be pressed first, and then the rest is the same as the FR4 double sided pcb.

The aluminum substrate is similar to the single layer FR4 PCB, mainly because there is no plating process.

FR4 is a code name of a flammable material grade, which means a material specification that the resin material must be able to extinguish itself after burning. It is not a material name, but a material grade, so the current general circuit board There are many types of FR-4 grade materials used, but most of them are made of so-called four-function (Tera-Function) epoxy resin plus filler (Filler) and glass fiber.

The aluminum substrate is similar to the single layer process of FR4. The main reason is that there is no electroplating process.