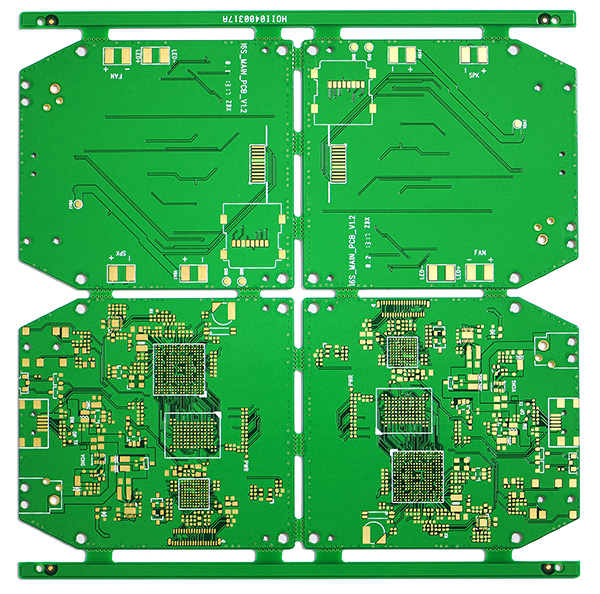 Compared with the general production process of multilayer pcb boards and double-sided pcb boards, the main difference is that multilayer boards add several unique process steps: inner layer imaging and blackening, lamination, etchback and decontamination. In most of the same processes, some process parameters, equipment accuracy and complexity are also different. For example, the inner metallization connection of the multi-layer board is a decisive factor for the reliability of the multi-layer board. The quality of the hole wall is stricter than that of the double-layer board, so the requirements for drilling are higher. In addition, the number of stacked plates for each drilling of the multilayer board, the speed of rotation and the feed rate of the drill during drilling are different from those of the double-sided board. The inspection of finished and semi-finished multi-layer boards is also much stricter and more complicated than double-sided boards.

High assembly density, small size, light weight. Due to high assembly density, the wiring between components (including components) is reduced, so reliability is improved; the number of wiring layers can be increased, thereby increasing design flexibility; Circuits with a certain impedance; high-speed transmission circuits can be formed; circuit, magnetic circuit shielding layers can be set, and metal core heat dissipation layers can also be set to meet the needs of special functions such as shielding and heat dissipation; simple installation and high reliability.