Our PCB types include Standard Rigid PCB, Metal Core PCB, Flexible PCB, Rigid-Flex PCB, HDI PCB, Microwave RF PCB etc. Multilayer PCB has more than two conductive copper layers which mainly consist of inner layer cores, prepreg layers and copper foils and they’re melted together through heat and pressure. The multilayer PCB is the development of the double sided PCB with increasing complexity and density of components, they allowed the designers to produce highly complex and compact circuits and further development of blind and buried via hole technology has pushed these limits even further. With the requirements of higher precision in various applications, the demands of multilayer PCB keep increasing continuously in recent years. The typical applications of multilayer printed circuit boards include Computers, Data storage, Cell phone transmission, GPS technology, satellite systems and so on. 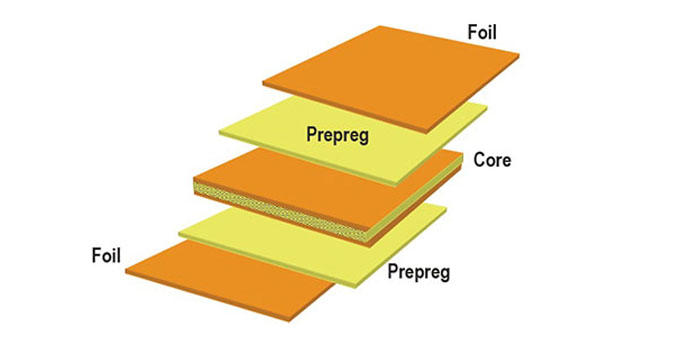 Factory founded in 2003, which was a UL(E357001), ISO9001:2015, ISO14001:2015, IATF16949:2016 and RoHS certificated (printed circuit boards) PCB & PCBA manufacturer and PCB assembly manufacturer with 15 yearsexperience. There are total 420 highly trained full-time employees with land area 30000 square meters and building area 18000 square meters in our plant. The production capacity is 25000 square meters and more than 3000 varieties per month, the printed circuit boards we manufactured are widely used for different electronics industries, such as telecommunication, consumer electronics, computer, medical, automotives,military and so on. We realize that there is a lot of competition in the printed circuit board industry, but we’re confident that our promise of high quality, competitive pricing and quick turn around times put us ahead of the curve.More than 60% of our PCB board are exported to Europe, North America and other Asian countries.

From inner layer, lamination to different surface finishes, include HASL, HAL(Lead Free), OSP and ENIG, we control every aspect of the production schedule and quality in house.

Our engineering group offer DFM (design for manufacturing) service before manufacturing, we'll submit engineering questions to confirm and communicate with customers to optimize designs or avoid any potential errors.

By owning our manufacturing and Assembly facilities, we’re able to fulfill one stop demands from PCB manufacturing, component sourcing to assembly service.

Through continuous improvement on degree of automation, production efficiency and yield, it makes our internal cost down by a large margin, so that we’re able to offer very competitive price when keep quality.